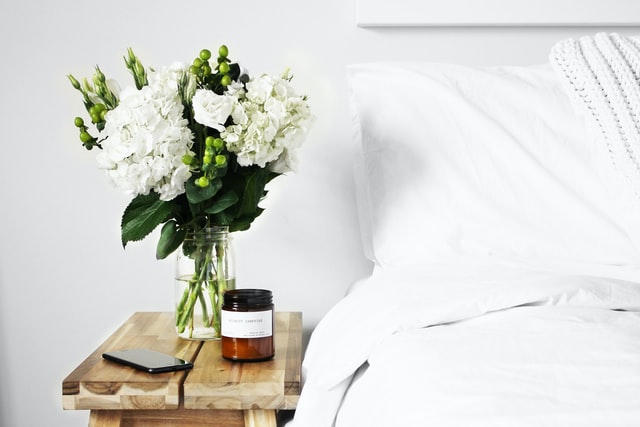 Love needs to rest so it can awaken again later, not in the form of lust, but in a truer and more beautiful state. This additional rest allows it to awaken at the appropriate hour, renewed and more powerful in pleasure and passion. Then we will not be disappointed, abandoned, or under torment. We want to put lust to death, and in its place resurrect love without a trace of guilt or shame to rob from her beauty. How can this all be accomplished?

The process is not unlike how a restless or frightened child is lulled back to sleep. When my boys were little and were frightened, injured, ill, or overly excited, I drew them close to quiet them. To do this, I rocked them, or laid down next to them in their beds, or if the hour was late, I brought them into my own bed. Regardless of the method, I wanted them to know I was near. Once they were comfortable and in my arms, I listened to their fears. The story of an injury or the terror of a nightmare was shared while I stroked their hair or traced their features. When they were spent of their burdens or I could sense the further telling of them would no longer help, I began speaking back to them in a whisper of a voice to quiet their excited tones.

In these whispers I reaffirmed God’s love and mine and reminded them of His faithful protection. Then I spoke truths of greater power and painted images of greater beauty than the frightening shadows of lies and fear. I sang lullabies until I could tell by their breathing they were in a deep sleep.

These aspects of a mother’s tender response to her frightened children are drawn from the heart of God. They are but a small reflection of His desire to comfort our storms and chase away our fears. When we hurt, when we fail, when we are frightened, God wants us to draw near, never away. As His children, we are invited to draw near into His arms of safety and love. There He will give us visions of beauty capable of putting us again at ease and rest.

I love the safety of this image of a Father tenderly rocking His daughter back to sleep so she can rest and heal. I know you may be frightened that if you allow desire to return to sleep it may never be awakened or fulfilled again. These are haunting questions: If I let this area of my life go, will I ever see it again? Will God really meet these needs in my life? If I yield to God now, will He be faithful to fulfill me by His promise of a future hope?

I believe with all my heart that your Father God wants to do the following for you by His Spirit:

Once after I spoke on some of these issues, a beautiful young girl came up to me for prayer. She confessed that she had compromised areas of purity to gain the affection and attention of boys, and she didn’t know how to recover herself and return to her dream. I held her in my arms and prayed with her, and while I was praying, I heard God whisper a promise for her. He promised that as she pressed into Him, with songs of worship and praise, He would in turn sing over her a lullaby to put to rest what had been awakened deep within her.

I was overwhelmed by the love in His tone. There was no shame or condemnation in His words, only a promise to sing away her fears, guilt, and shame. As she drew near, He promised to draw her to Himself and hide her safely in the shadow of His wing. This Scripture gives us a beautiful image of His tenderness:

“The Lord your God is with you, he is mighty to save. He will take great delight in you, he will quiet you with his love, he will rejoice over you with singing.” —Zephaniah 3:17

This image speaks multitudes. He isn’t aloof and unapproachable, but quickly comes to our aid and with His great might saves us. He doesn’t reject or condemn us when we cry out in fear of helplessness. He delights in quieting His children just as any mother considers it a joy to comfort her own. But there are limits to a mother’s comfort . . .  my might only goes so far, but His is limitless, like His love. The depth of it quiets us, and then He sings to us. It is such a compelling image that it invites each of us to draw near and let Him quiet the storms we cannot. In this place we are allowed to rest, and soon we find ourselves joining Him in song.