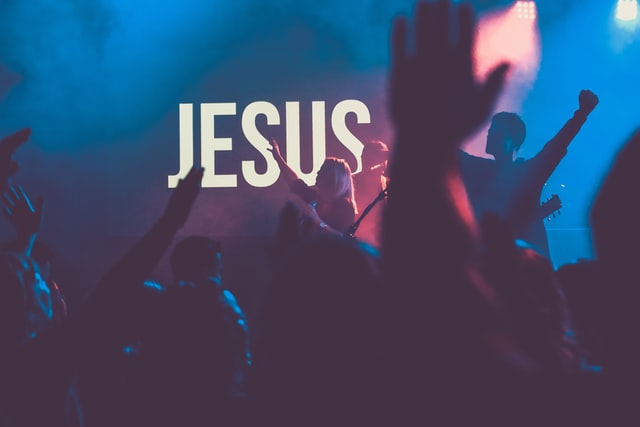 Is this vile world a friend to grace, to lead me on to God? (Isaac Watts)

On a state or secular college campus, the atheistic professor has complete freedom to spout his religious views without protest from the students or interference from the dean. Let a Christian instructor relate his personal story to inform the students of his worldview so they can better understand where he’s coming from, and he’s harassed and soon out of a job.

At a convocation of students on the average secular campus, freedom of speech and the First Amendment are championed. Let a student stand and own up to being a follower of Jesus Christ who attempts to live by the Bible, and he/she is hooted down.

Ironic, isn’t it, the hostility that those of a secular bent have toward belief in Jesus Christ.

It’s more than just a prejudice, however. It’s a full-blown hatred.

That hatred is born of a fear of Jesus Christ.  While it is instigated by the evil one himself, we grudgingly admit that it is fueled by the unwise actions of many of God’s children which seem to confirm them in their prejudice and ill-formed conclusions.

Reading the gospels, if you have ever wondered how things in that remote day came to the point where reasonably-minded people moved to arrest and crucify the Lord Jesus Christ, He who never lifted a finger against a human on the planet, He who is the blessed Savior and Prince of Peace, then take a look around you.

Human nature has not changed that much in the last 2,000 years.

Notice how militant gays feel threatened by a Baptist church where the people inside are seeking to live as Jesus did and by His teachings. The believers who make up that congregation would never hurt a fly, yet they are vilified as the enemy by the protestors outside who hurl profanity and insults in their direction.

They hate the church for the same reason the religious leaders of the first century opposed Jesus: they fear righteousness.

Read Acts 16 where Paul and Silas were guilty of nothing more than blessing the Philippians and freeing them from their spiritual enslavement, but were arrested, beaten, and jailed.  This vile world is no friend to grace.  Never was, is not now.

That surprises a lot of Christians.

Something inside us expects the world to welcome our goodness, to rejoice that we have turned from a life of self-destruction and fragmentation to wholeness and health. As followers of Jesus, we are gradually becoming all about love and generosity and forgiveness and serving. What could possibly be wrong with that, and how could anyone feel threatened by it?

I remind you that it’s the angels in heaven who rejoice when the lost is found and the prodigal is made whole.  Not the world.

The reason for that is simple: God’s people are also about Truth.

The Truth is what threatens the people of the world.

Not all.  But many.  (I don’t want to overstate the issue here.  Let’s not make God’s people paranoid or frighten anyone into holding back on sharing the Lord’s love or the gospel of salvation.)

That anyone could claim to know the Truth many will find offensive. Truth is relative, they insist, and what is true for you might not be for me.  Their spokesmen will use expressions like “my truth” and “your truth,” as though truth is relative and “what’s true for you is not true for me.”  Only in religion would they preach such a blatant falsehood.

When we say that Truth is embodied in a Person, the Lord Jesus Christ, and is spelled out in the Holy Scriptures, they go ballistic. The very idea. They immediately start looking for faults in order to construct their case and back up their hostility. Finding no fault in Jesus — they couldn’t then (see John 18:38) and they can’t now — they turn to the rest of the Scriptures. Unable to find anything in the New Testament they can use against believers other than some comment of Paul’s on women, they quickly move into the Old Testament and have a field day. The Lord flooded the world, the Lord commanded the Jews to kill the Chaldeans, a prophet cursed some children, the list goes on and on.

Followers of Jesus often get discombobulated at this point. How are we to respond? Or, are we to respond at all? And why are they acting toward us as though we are the enemy when we have finally become people of good will and love?

In the months after Hurricane Katrina devastated the Gulf Coast and flooded New Orleans, God’s people came by the thousands to help rebuild communities and lives.  To our amazement, many calling themselves humanists and atheists attacked God’s children as Nazis for nothing more than helping and blessing, spreading joy and sharing Christ.

We know why they do this.  Our Lord put it as clearly as it’s possible to do. “You will be hated by all for My name’s sake…. A disciple is not above his teacher, nor a servant above his master.  It is enough for a disciple that he be like the teacher and a servant like his master.  If they have called the master of the house Beelzebub, how much more will they call those of his household….” (Matthew 10:22,24-25).

Lois was the sweetest, gentlest member of our church. When a transient family came by seeking assistance and indicated they would welcome the opportunity  to get on their feet, our people sprang into action, led by Lois. A church leader had a vacant rental house where they could live. Lois and the ladies from the church furnished it, and someone found the man a job. We all felt we were making a genuine difference and not simply sending the needy on their way with a tank of gas and a sack of groceries.

One day, driving down the street Lois spotted the man and his wife going into a tavern carrying their toddler with them, a clear violation of the law protecting minors. She mentioned this to a friend who worked for the child protection authority. Checking into this couple’s history, they discovered they had other children who had been taken away from them for negligence. A hearing was called and some from the church attended. Lois took the witness stand to tell what she had seen.

The husband and wife whom Lois and others had knocked themselves out to help now vilified this good woman,  calling her names, and attacking her character. The courts removed the infant from that home and we asked the couple to leave the house we had been providing.

Outside the courtroom, Lois was in tears. All she had done was to try to bless that family, and look how it had turned out. She who lived for Christ and by the law of love had tried to do the right thing every step of the way. She could not believe the way the couple had attacked her.

“Pastor,” she said, “Why would they say such hateful things about me? That hurt so much!”

I said, “Lois, are you better than Jesus?”

“Well,” I said, “Jesus said said the servant is no better than the master.  They treated me this way, so you can expect the same.”

It’s one of the hardest lessons in life to learn.

Simon Peter, who had seen our Lord crucified, told how it had happened: When He was reviled, He did not revile in return;  when He suffered, He did not threaten, but committed Himself to Him who judges righteously; who Himself bore our sins in His own body on the tree, that we, having died to sins, might live for righteousness….  (I Peter 2:23-24).