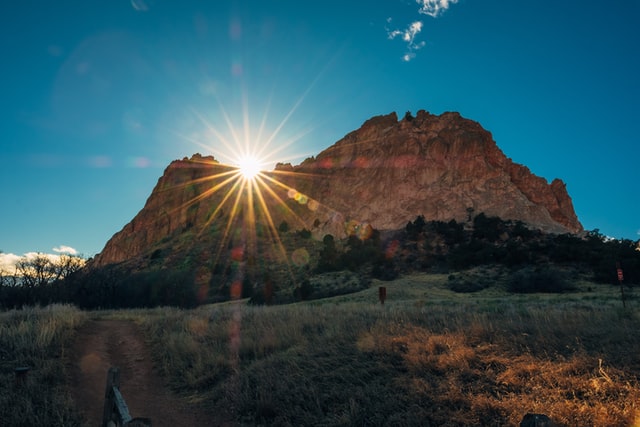 I infused meaning into your mind and harmony into your heart.
Join Me in singing My song. Together we will draw others
out of darkness into My marvelous Light.
Jesus Calling, June 14

To be a mother is to be a warrior

True mothers fight for their children and want more for them than what they experienced. My prayer as a mother is that where I’ve known oppression, my children will know freedom and that my failures will serve to position them for success. Conversely, our mother’s heart hurts when we see the youth stray.

I believe God is inviting us to be godmothers who are mother protectors. When we arise, men, women, and children are protected. One of the many ways to be a good mother is to be a woke one—a mama who is paying attention! She is awake and aware.

Deborah was an extraordinary woman who served Israel as both judge and prophetess when the nation was at one of its lowest points. Deborah’s predecessor was Ehud. He freed Israel from Moabite oppression, turned the people from idol worship, reestablished the nation’s borders, and judged the nation for eighty years. With his death, sadly, the people returned to their former evil practices.

After eight decades of peace, perhaps they forgot what difficulty looked like. In a protracted time of security, it is easy for a nation to forget its source. When Israel turned away from God, He rectified the situation by turning them over to one of their enemies. The eighty years of peace were followed by two decades of cruel oppression. Israel was devastated, discouraged, and disengaged.

This was the condition of her people when Deborah became their judge. Spiritually, her people had lost their way. A few commentaries mention how demoralizing it must have been for Israel’s patriarchal culture to have a woman as their leader (though nothing in the passage alludes to this). Desperate times call for desperate measures, and sometimes a godmother is what is needed.

Deborah to help the hurting and hopeless

It is not clear how a woman came to this position. It could be that it was the only type of leadership that their oppressor allowed. Perhaps Israel’s male leadership was killed, and the few who remained were in hiding, discouraged, or displaced. Whatever the cause, Deborah found herself holding dual positions of both legal and spiritual governance.

Deborah held court under a palm tree between two desolate cities filled with hurting and hopeless people (Judges 4:4–5). Israel’s trade routes had been cut off, and the people refused to work the surrounding fields for fear of being attacked by their oppressors. For two decades, not only were things bad for Israel, they were bad in Israel. The nation was oppressed without and divided within.

Deborah realized nothing changes while we simply sit and judge. Change requires action, and action involves engagement and risk. It was time to confront the enemy. I wonder if she was tired of watching her people cower in fear and squabble among one another?

The following verse captures Deborah’s response to the need of her nation:

Village life ceased, it ceased in Israel,
Until I, Deborah, arose,
Arose a mother in Israel.
(Judges 5:7 NKJV)

Fear had completely shut down life in their communities. The people were afraid to dream, afraid to live, and afraid to hope. Enough was enough; rather than sit as a judge, Deborah rose to mother her nation. It is one thing to judge and quite another to mother. Mothers have a God-given fierceness when it comes to their children.

Deborah arose as a mother

I like to imagine that godmother is another way of saying motherly protector.

Long periods of peace do not give birth to warriors. It would seem that when mothers awake, the warriors arise. The NCV reads, “There were no warriors in Israel until I, Deborah, arose, until I arose to be a mother to Israel” (Judges 5:7). And possibly my favorite version, just for fun, “Warriors became fat and sloppy, no fight left in them. Then you, Deborah, rose up; you got up, a mother in Israel” (Judges 5:7 MSG).

Whether there were no warriors or just a few fat ones, everything changed when Deborah arose as a mother. Deborah wasn’t trying to build a kingdom. After being both a judge and a prophetess for two decades, she recognized that Israel needed a mother. And as a mother, Deborah both led Israel to victory over their enemies and restored to them the village life they once enjoyed.

Where are godmothers needed today?

Goddaughters and godmothers, look around. What do you see? Are there gaps? Who is at risk if we do not find ways to close these breaches? Are we fighting about what really matters, or are we neglecting what really does? Do you see the sons and daughters? Have they lost hope and forgotten their royal name?

Mothers see the problem and move quickly toward a solution. But to begin, all you need to have is the heart of a mother. Having a mother’s heart begins with a willingness to pour out what was never poured into us. We show our mother’s heart when we leave behind the titles of judge and prophet and open our arms to the very ones who may reject us.

I wish we could sit together for even ten minutes so I could better convey the urgency and privilege of this godmother mandate. As you and I sipped espresso topped with whipped cream, I would encourage you that no matter how messy your life is, there is a message in it that others need. We know that we are all goddaughters because we are all God’s daughters. But let’s make the choice, like Deborah, to be mothers as well.