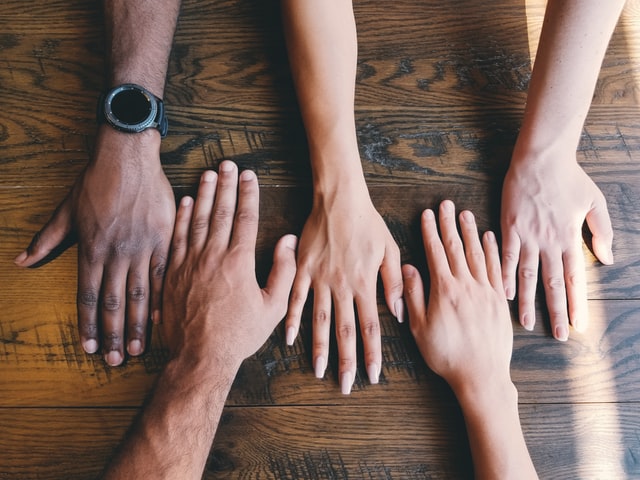 Unity is a powerful force in God’s Kingdom, in our lives, in our families, in a business, and in the local church when it includes five essentials, seen in the great leader Nehemiah.

Every leader wants his or her organization, team, or church to be unified. Without it teams lose, churches flounder, and businesses drift. However, when your group is unified it’s fun, refreshing, invigorating, motivating, and productive.

The great leader Nehemiah could not have completed his massive building project of rebuilding Jerusalem’s wall without unity. Nehemiah 3 lists scores of projects and people involved in the project and gives insight into these 5 essentials necessary to build unity. I use the acronym UNITY to make it easy to remember them.

Understanding: clarity about its true meaning.

Unity does not imply uniformity, meaning everybody is the same or likes the same thing. Unity doesn’t mean that we embrace selfish, divisive, abstinent, or irresponsible people for the sake of unity. It is not peace at any price. Rather, unity implies that we all embrace the same purpose and that purpose overrides our personal preferences. Nehemiah’s purpose was to obey God’s prompting to rebuild the wall.

Nattitude: how true unity shows itself .

I needed an ‘N’ to make the acronym work, so I stuck it before attitude :). In chapter 3 we see several key attitudes necessary for lasting unity. Those attitudes include these.

Ronald Reagan was probably one of the best presidents the U.S. ever had and he was an eternal optimist. He often told this, his favorite joke.

The joke concerns twin boys of five or six. Worried that the boys had developed extreme personalities – one was a total pessimist, the other a total optimist – their parents took them to a psychiatrist.

First the psychiatrist treated the pessimist. Trying to brighten his outlook, the psychiatrist took him to a room piled to the ceiling with brand-new toys. But instead of yelping with delight, the little boy burst into tears.

‘What’s the matter?’ the psychiatrist asked, baffled. ‘Don’t you want to play with any of the toys?’ ‘Yes,’ the little boy bawled, ‘but if I did I’d only break them.

Then he clambered to the top of the pile, dropped to his knees, and began gleefully digging out scoop after scoop with his bare hands.

‘What do you think you’re doing?’ the psychiatrist asked, just as baffled by the optimist as he had been by the pessimist.

‘With all this manure,’ the little boy replied, beaming, ‘there must be a pony in here somewhere!’ (source: http://www.mondaymorningmemo.com/page/got-to-be-a-pony-in-here-somewhere)

Intentionality: alignment around a common mission

Their common mission was to rebuild the wall. By restoring the wall, it would point to God’s glory.

Team: together everyone accomplishes more

You’ll find a common phrase mentioned 14 times in this chapter, “next to him.” They worked as a team, shoulder to shoulder, with arms linked to complete this great project. The gaps in the walls were filled because each person and group filled in a gap.

This chapter lists 38 names and 42 building projects. Those who worked on the project included men and women, priests, city guards, temple servants, merchants, and people from the public sector.

Yieldedness: it’s not all about me

Many groups helped even though they would not directly benefit from it as greatly as others. Yet, they chose to leave their homes in the countryside and come to Jerusalem to help for the greater good. And, Nehemiah didn’t let “what’s in it for me” people play a significant role or dictate direction. A what’s in it for me person only cares about what he wants, his agenda, and his preferences.

Yieldedness is an attitude that conveys that I want what’s best for the group and the mission.

What other aspects of unity have helped you build it?