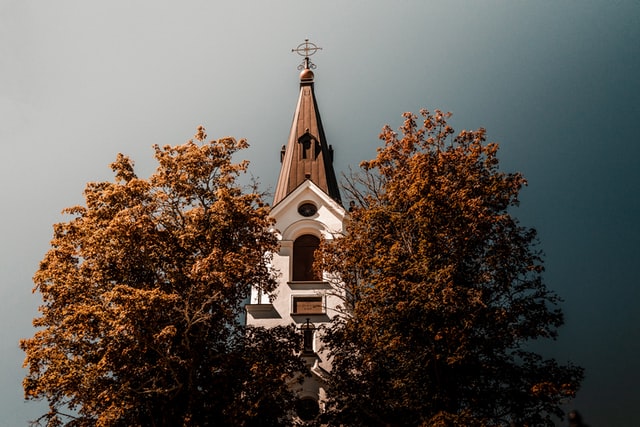 Well, there are many, but—crisis or no crisis—one of the biggest differences I see is in the attitude of the leaders.

And the attitude has a huge influence over the results each church sees.

Attitude may or may not be everything, but it’s close.

Here are 5 attitude differences I see again and again in growing churches and declining churches.

Perhaps the biggest difference I see between growing churches and declining churches is the attitude around what’s possible.

Growing churches believe they can.

Growing churches make a way when there’s no way, which seems to be what God specializes in if you read the Bible.

When you sit around your leadership table, do you come up with 20 ways to make it happen, or 20 reasons why it won’t work? That tells you far more about your church than you probably want it to.

Growing churches believe they can. It’s that simple. And even if they’re wrong, at least they tried.

The mission is important enough to take significant risk.

Declining churches focus on themselves.

Growing churches focus on the people they’re trying to reach.

If your leadership table conversations are all about the needs and wants of your members, it’s a sign that your church is insider focused.

The mission of the church is to reach the world. Growing churches not only know that; they live it.

The instability we’re living and leading through makes that difference even more pronounced.

Some churches moved immediately into preservation mode. Others moved into mission.

The future in all likelihood belongs to those who moved into mission.

Besides, who likes to hang out with selfish people?

And ironically, selfish people almost always end up in a very surprising place: alone. Because a life devoted to self ultimately leaves you alone. That’s also true for selfish churches.

If you’re becoming smaller and smaller, is it because you’re selfish?

Jon thinks our services are too short.

And so the leaders respond, trying to please everybody.

Declining churches bend to the preferences of their members.

Instead, they focus on the principles (even strategies) that will help them reach new people.

Is your leadership team principle-driven or preference driven? There’s a world of difference between the two.

This is a close cousin of points 2 and 3 above, but the difference is deadly or life-giving depending on where you land.

Growing churches are proactive. They choose their agenda and immediately take action on issues that can impact their future.

Declining churches are reactive, letting members determine the agenda and reacting to problems as they arise.

In fact, most declining churches are so busy reacting to problems other people raise that they never get around to charting a course for the future.

If you never get around to charting a course for the future, you will have no future.

Growing churches have a strong bias for setting their own agendas, not in the selfish sense, but in a way that determined leaders see what the mission requires and decide to deal with it.

The leaders in a growing church simply refuse to yield to the agenda of others that would take them off mission.

And as a result, they are far more effective.

Declining churches don’t actually say they won’t act, they’ll just say they’ll get to it ‘eventually’, or someday, or ‘when the time is right’—which means never.

By contrast, great leaders and great teams banish the word ‘someday’ from their vocabulary, because they realize that someday usuallyequals never.

If you want to be effective, you act.

If you want to be ineffective, you don’t.

Talk without action has little value. And too many church leaders specialize in talk.

In addition, too many church teams meet for the sake of meeting.

If you can’t remember the last time you made a major decision that changed the course of your church, your leaders are wasting their time.

If you talk about the same issues meeting after meeting with no resolution, you’re spinning your wheels.

Does that mean you have to act on everything? Well, yes and no.

If you’re not going to act, strike the item off the agenda and move on.

If you are going to act, act. Now.

Don’t get stuck in the no man’s land of believing the lie that talking about things solves things.

By the way, this simple framework will help you break the habit of talking with no action for good.

HOW AGILE ARE YOU? TAKE THE NEW AGILITY QUIZ.

Some organizations and churches are thriving and will thrive in the new normal.

Over 70% of the 700+ leaders who took a recent survey predict that the future for their organization is going to look very different than before the global crisis.

While the future is uncertain, there are clear indicators and characteristics of which organizations will fail which ones will thrive in the new normal.

Not sure whether you and your team have the attitude that will move you strongly into the future?

I created a free, 14 question Agility Quiz that takes almost no time to complete. You’ll get the results immediately.

You can take The Agility here.

What attitudes do you see in you and around you?