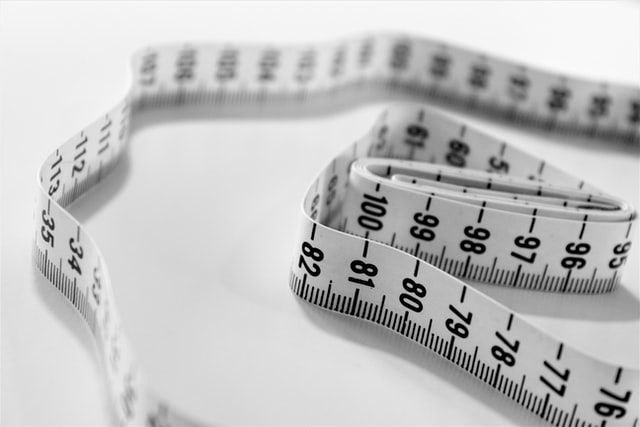 I remember the first day I began to struggle with my body image. I was a competitive swimmer and track athlete in high school. I competed hard, which kept me in pretty good shape. But I tore my Achilles tendon in my junior year of high school, which kept me from training and competing. Although I wasn’t exercising like I had been, I kept eating as though I were. It didn’t go unnoticed.

One fateful day, I came home from school and my dad said, “Come over here.” I walked over to him, unsure of what to expect but sensing that I was in some sort of trouble. As I approached him, he said, “Turn around.” As I did, he exclaimed, “Your butt is huge. How much do you weigh right now?!”

I told him I didn’t know, so he told me to go step on the scale. I was probably twenty-five pounds heavier than I am right now. He went on to explain that I was fat—and that no guy was going to like me if I was fat. I was mortified.

Now, there were certainly some unhealthy habits I needed to stop, such as hitting up the Taco Bell to eat a burrito supreme between school and dinner. But in trying to stop the unhealthy habits, I found myself running to the other end of the spectrum and developing all new ones.

Thus began my struggle with an eating disorder.

I started counting calories and exercising hard, which to an extent wasn’t bad. It’s a good goal to stay in shape and be at a healthy weight—but I took it far beyond that, trying to measure up (or down) to a ridiculous standard. No matter how much weight I lost, I never quite felt like I had arrived. There was always something missing, and I thought, maybe if I could just lose a few more pounds, I’d feel different… It was a vicious, destructive cycle.

When I left Indiana to go to school in Arizona, I found myself suddenly surrounded by all these fit, suntanned girls. I felt like I needed to lose even more weight. So, perpetuating the cycle, I kept dieting, exercising, and shedding pounds.

It got so bad that when I went home for Christmas, my parents, terrified at how gaunt I had become, took me to the doctor. He told me I had to start putting weight back on even if it meant I was waking up in the middle of the night to eat. In reality, they were all just concerned and looking out for my well-being, but all I felt was rejection. I felt like they just wanted me to be fat and that they were against me.

At one point, I had decided that I wouldn’t be happy until I weighed eighty-three pounds. Now, at 5’6”, even saying that out loud sounds ridiculous. But I remember that number specifically because it was the last time that I had felt comfortable in my body as a little girl, and I desperately wanted to feel that again. I was trapped by the enemy’s insidious lie that I was never enough—and it was killing me.

The enemy of your soul would have you believe that if you can only get something you don’t have, that you’ll finally have enough. But here’s the catch. The line is always moving. There is no end to comparing yourself to others, and if you look hard enough, you’ll always find a reason to be discontent.

You might hit the weight you want, but the enemy will quickly alert you to another area where you don’t quite measure up—or he’ll just raise the bar. It’s a vicious cycle—one that is rooted in a lie. And like every lie, it is only broken when it is brought face to face with the truth of God’s Word.

Our culture would tell you that your value is inextricably tied to your appearance. But when you begin to look into the mirror of God’s Word, it tells a different story. If you’ve been assaulted by the lies perpetrated by our culture about your worth, I encourage you to get alone with God and let the truth begin to renew your mind.

The next time you’re tempted to see yourself as less than or not enough, remember that.

Because in the end, the scale can’t tell you who you are—only God’s Word can do that.

P.S. If you liked this blog post and want to learn more about breaking mental strongholds by renewing your mind, check out the Renew Course! It’ll help you address your struggles at the root so you can take control of your thought life and finally walk in the freedom God intends for you!