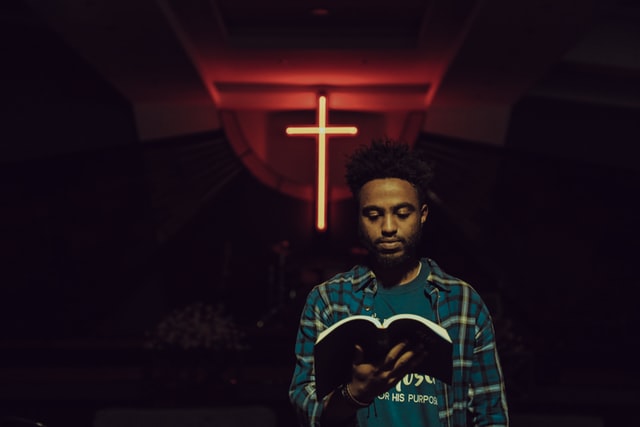 In my research for my most third book on people pleasing pastors, I discovered 6 fundamental weaknesses or gaps that leaders in general and pastors in particular face in some degree. These are based on insight from a perspective on how we deal with our emotions called family systems. To which leadership gap do you tend to default?

Description: The phrase emotional reactivity self-defines itself. It’s seen in pastors who either outwardly or inwardly emotionally react to others when under stress.

Biblical character with this gap: Moses showed reactivity several times. He killed an Egyptian (Ex 2.12) when he saw him beating a Hebrew. He reactively struck a rock out of frustration with the people instead of obeying God’s command to speak to it (Num 20.11). And he threw down the first set of  the 10 Commandments when he saw the people worshipping the golden calf (Ex 21.19)

Description: A pastor with this gap will stand on his convictions when he senses those around him would agree with him. When pressured to change his stand, however, he often gives in.

Characteristics: fearful to take an opposing position with church influences like big givers or elders, lack of backbone, blaming others, holding others responsible for his happiness or his failures

Biblical character with this gap: Timothy. He probably faced this gap in his leadership early in his ministry life. We see this from inferences in the Apostle Paul’s advice to Timothy. Paul encouraged him to not let others look down on his youth (1 Tm 4.12). He also encouraged him to not be timid with others (2 Tm 1.7).

Description: A pastor with this gap will distance himself emotionally or physically from others when his emotional anxiety rises.

Metaphor: A box turtle that retreats into its shell when afraid

Biblical character with this gap: The prodigal son and his brother. The prodigal son physically and emotionally cut himself off from his father when he left home after receiving his inheritance. After blowing his money and ending up feeding pigs, he returned home repentant. Yet when his older brother learned that their dad was throwing a ‘welcome home’ party, he emotionally cut himself off from them both by whining to his dad and then refusing to attend the party (Lk 15.11-32).

Description: A pastor with this gap gets glommed and enmeshed with others because he gets overly emotionally involved with them. In a parallel way this is what happens to metals when they are melted together and they lose their individual distinctiveness. An Oscar Wilde quote captures the essence of fusion, “Most people are other people. Their thoughts are someone else’s opinions. Their lives a mimicry, their passions a quotation.”[1]

Metaphor: Suckerfish (a small fish also called a remora that attaches itself to large fish through its sucker-like organ near its mouth). Another great metaphor is the Borg in Star Trek: The Next Generation. The Borg were creepy extra-terrestrials that would assimilate humans into their collective hive.

Characteristics: driven to create one big happy family, super inclusive, consensus driven, easily swayed by groupthink, herd mentality, taking responsibility for another’s reactions, sense of losing self in another, intense togetherness when anxiety rises, emotional temperature rises and falls based on the temperature of others, greases the church’s squeaky wheel

Biblical character with this gap: Aaron. Moses left him in charge when he went up on Mount Sinai to receive the 10 Commandments from God. Yet Aaron yielded to the people’s ‘herd mentality’ who were fearful that Moses would never return because he had been gone over a month. His enmeshment with the people prompted him to make the golden calf (Ex 32.1-4).

Description: The pastor who over-functions is usually an over-achiever who takes ownership and responsibility for the emotional wellbeing of others, often trying to make up for the perceived deficiency in somebody else’s functioning.

Metaphor: Female worker bees. They do almost every task in a beehive while the male bees look on, present only to mate with the queen bee. The female worker bees literally work themselves to death when flowers bloom. They usually die within five weeks. They die alone, away from the colony they exhausted their lives for.

Characteristics: very hard worker, seldom asks for help, tries too much to help, assumes increasing responsibility for others, tells others what they need to feel/think/do, does for others what they should do for themselves, often demands agreement from others, can foster learned helplessness from others, often highly approval oriented

Biblical character with this gap: Moses. I don’t mean to pick on Moses again, but he was probably guilty of over-functioning when he tried to act as judge for all the disputes from the people (Ex 18). Fortunately he heeded the advice to delegate that his father-in-law Jethro suggested. Martha would be another example evidenced in her anxiety about preparing a meal for Jesus while Mary sat at His feet (Lk 10.38-42).

Description: Pastors with a gap of under-functioning seem always to need help but never seem to change. They don’t take appropriate responsibility and often want someone else to fix them.

Characteristics: highly dependent on looking to others to know what to do next, unnecessarily asks for advice, often passive, ask others to do what he should do for himself, easily sucked into groupthink, gives in most of the time

Biblical character with this gap: Saul. 1 Samuel 17 describes a pointed example of this gap. It describes the story when Goliath taunted Saul and his men. Saul should have taken responsibility and fought him. Instead, he gave the responsibility to the then shepherd boy David to fight him. Saul’s passivity was one of many kinks in his armor.

I believe every pastor struggles with at least one of these gaps. Fortunately, God promises us that by His Holy Spirit we can rely on Him and He will fill those gaps. This verse encourages me when I struggle and I hope it does you.

His divine power has given us everything we need for life and godliness through our knowledge of him who called us by his own glory and goodness. (2 Pet 1.3, NIV)

In my next blog I will suggest practical pointers in overcoming each gap.

What other leadership gaps have you seen in leaders?

Leadership Charles Stone - April 17, 2021 0
I’ve served in full-time ministry for over 38 years in churches in many places in the U.S.: the south, the southwest, the far west...

Discipleship Joseph Lalonde - April 16, 2021 0
As a leader, you have a certain set of standard for those you lead. Those standards basically revolve around your followers being disciplined. My question...