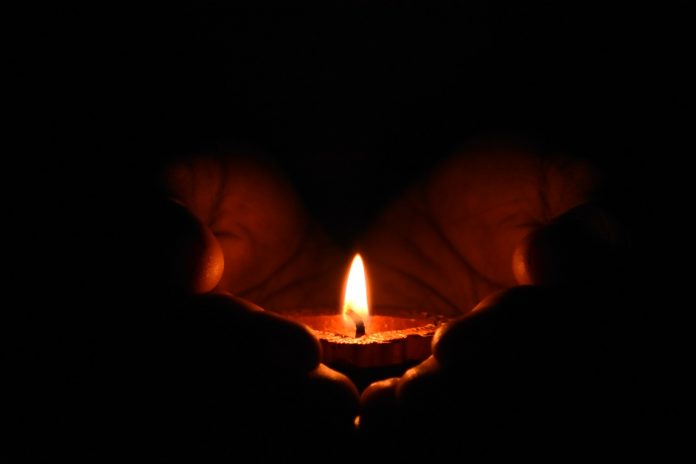 “If you believed Moses, you would believe me; for he wrote about me. But if you do not believe his writings, how will you believe my words?” (John 5:46-47).

I believe in God because I’ve seen a baby and held one and watched it grow into adulthood. And I have seen him hold babies of his own in his arms.

I believe in God because I watched the sunrise this morning.

I believe in God because of a lack of turbulence. As the earth spins around its axis, as the earth speeds around its orbit, as our solar system zooms through the galaxy, and as the galaxy tears across the heavens at enormous speeds, you and I don’t feel a thing. We can lay a ball on the ground today and it’s still there tomorrow morning, unmoved. I find that truly amazing.

I believe in God because of Jesus.

I believe in God because of the character of Jesus. He told Nicodemus, “No one has been to Heaven except the One who came from there,” pointing to Himself (John 3:13).

I believe in God because of the Bible. There is nothing like it. This book knows me, understands me, speaks to me, and speaks to every fresh situation in my life. It’s the most fascinating book in the world and has the testimony of history as to its truthfulness and the testimony of millions as to its Truth. It is accessible (readable) and practical.  There is nothing not to love about it.

I believe in God because of the church. It has survived all these centuries with its human leadership flawed–oh man, is it ever flawed!–and still survives today.  When it gets the gospel right the Church is the best thing on the planet. I owe a thousand things to some churches that got it right.

I believe in God because of my Grandma Bessie McKeever. Widowed at the age of 40, with 11 children and one in the oven, she served God faithfully for another forty-seven and was unwavering in her testimony for the Savior.

I believe in God because everything in my heart and soul cries out that He is real, Jesus is alive, and I am His.

I believe because not to believe means voting for despair and meaningless, and I reject that.  As the Psalmist said, “I would have despaired had I not believed….” (Psalm 27:13).  As Peter said, “To whom (else) shall we go? Thou hast the words of eternal life!” (John 6:68)

I believe in God because of the humans who populate this planet. So far the silence from the search for extra-terrestrial intelligence has come up empty because–I figure–earth is unique and the only planet gifted with such creations of a loving God. The atheist figures that he is an accident. I reject that, and so far the evidence is all in my favor.

I believe God is a God of love because of the diversity in humanity, in flora and fauna. Of all creation, no two humans are alike. How in the world could He pull that off!!

I believe in God because of science. More and more, we learn how complex this universe is and how unlikely life on earth is. And yet, here we are, trying to decide  what to have for breakfast. .

I believe in God because He allows dissent and rebellion and free thought. You can join the Atheist Society and He doesn’t snuff you out in a fit of temper. He smiles at your naivete, I expect, but He allows you to do it. “He has not dealt with us according to our sins nor rewarded us according to our iniquities” (Psalm 103:10).

I believe because I see people suffer and come out stronger.  Often, they will even look back and thank God for the struggle.  “I is good that I was afflicted, that I may learn your statutes” (Psalm 119:71).

I believe because I see people suffer incredible misfortunes and emerge on the other side praising God for bringing them through and the things He taught them.  “He has turned my mourning into dancing” (Psalm 30:11).

I believe in God and happily stake my life on it.

Each of us is indeed staking our lives on what we believe about God.

I had just flown in from California and jotted down this thought.  The Airbus is a mighty impressive plane. As we boarded in Salt Lake City for the final leg of the flight, I did not stop to interview the captain and first officer. I did not ask to see the engineer’s report on the construction of that plane nor an update from the most recent mechanical examinations. I merely (I say this with a smile) staked my life on some people I do not know looking out for their own interests–and indirectly, for mine–in building a great plane and getting it through a stormy night successfully. They did it well, and I arrived in New Orleans around 1 a.m.

I believe because I’ve seen the kind of people that unbelief produces, and I want none of it. (I am well aware of the rumors concerning the noble atheist, but I’ve never known one. Most tend to be angry, mean-spirited, and small-souled.)

I believe because it is a choice, no one forces me to do so, but everything I read and see about the Lord Jesus draws me in. I do so want to know HIm and to be loved by Him, and to live forever with Him. There is much about the Old Testament history that troubles me and I do not always appreciate, but there is nothing–absolutely nothing–about Jesus that does anything other than attract and impress me.

Whatever we believe about God, we stake our lives on it.  (I said that already?  Well, I think I’ll say it a few more times.)

Whatever we believe about God, we stake our lives on it.

Whatever we believe about God, we stake our lives on it.