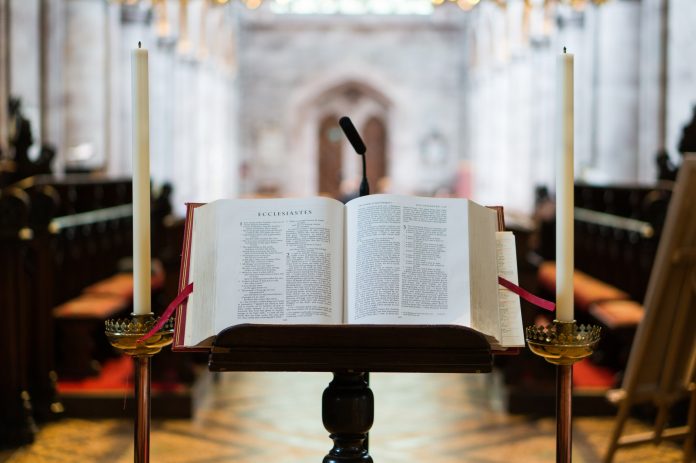 (Do not miss the personal testimony of a pastor friend at the end.)
Someone asked, “Why do pastors not weep at funerals? My pastor didn’t even weep at his own mother’s services.”

Interesting question. I think we know the answer.

In my case, by the time we laid my wonderful mama to rest, I was in my early 70s and she was nearly 96. She was so ready to go. If it’s possible to prepare to give one’s beloved mother back to Jesus, I think we were that. And yes, we still miss her every day, and it’s been almost eight years.
But there’s another reason for the lack of tears. Starting early–my mid-20s–I began doing heartbreaking funerals, one after another, the kind that will tear your heart out and stomp it and leave it writhing on the pavement. Do enough of these, and eventually you run out of tears.
It’s not that you do not care, do not love, or cannot feel. It’s just that you care and love and feel without tears.

After enough time, the preacher has come to terms with the message of Christ and has settled once and for all that this is true, that “this is what I believe, and I commit my entire life to it.”
Years ago, he preached this stuff more by faith. In time, however, he came to know it and as John said, “to know that he knows” (I John 2:3). Knowing the gospel of Jesus is true means he will see his mother again, and that’s she’s doing just fine today. So, don’t be surprised if he cries very little.

WHY DOES MY PASTOR SEEM DETACHED FROM THE JOYS OF OUR WEDDING OR THE SORROWS OF OUR FUNERAL?

I’ll tell you one story from my ministry. One Saturday afternoon many years ago, at 1 o’clock, we held the funeral for Susan Edmondson at the United Methodist church down the street because our sanctuary (First Baptist) was decorated for a wedding that would be held two hours later. Susan had grown up in our church, was a popular and well-loved young woman, the youngest child of her older parents, and had been the victim of a bizarre accident. Working in an art store in New York City, that day she had moved a huge piece of art–a heavy column or something–by “walking” it back and forth. As she turned and walked away, it fell on her, crushing her skull. She never knew what hit her. We were all devastated.

The church was packed out with heart-broken friends and family. I recall none of the details of the funeral, but will never forget the anguish I felt trying to be the family’s pastor that day. My heart was broken, but I did my job.

Then, just over one hour later, we gathered in the sanctuary of the First Baptist Church to unite Nathan Wright and Susie John in marriage. We did all we could to rejoice with them.

It was one of the hardest afternoons I’ve ever known. When it was over, I went home and had trouble sleeping. The next morning, Sunday, I was expected to get up and function as usual, preaching two morning services and one that night. But my heart had been ripped out.

I knew then why some people turn to liquor or drugs. They have to have some relief.
A pastor does this a few times and learns to protect himself by not entering so deeply into the pain or rising so high with the joys.

Try to be strong and do your job. It’s what a pastor does.

WHY ARE ALL PREACHERS NUTS? A pastor friend asked me to write an article on this subject. I suggested he write it himself, then send it to me. Here it is, with only slight editing.

“What I’m about to share is no different from 95 percent of all pastors. However, I believe the events we experience shape who we are and what we have become. If a pastor doesn’t have the ability to departmentalize, he won’t last long. Here we go………. My first funeral was for a lady named Violet Barr. She was a senior adult confined to a wheelchair. She died in a house fire. Her only relative was a niece. The niece’s fiancé died trying to save Violet. I had been a pastor all of 4 months.

–I have stood in the labor and delivery room and watched a mother hold the lifeless body of the child she just delivered. I did the funeral two days later. Over the years I have done countless funeral for babies. Too many to remember.

–I recently did a funeral for two brother’s who drowned over Labor Day weekend. The boys were young enough to be buried in the same casket. I did the funeral of a man who was an invalid and died in a house fire. Seems to be my specialty.

I drove to a church member’s place of work and stopped him from committing suicide. I had his wife stay on the phone with him till I got there. Took the gun away from him and took him to the hospital emergency room. I’ve done many funerals for those who have taken their lives, some included overdoses……usually teenagers.

–Was at a social event for junior high and high school students when we learned a popular student had been shot in a hunting accident. I was asked to tell the kids.

–Following the attacks of 9/11, the local school called and requested we come and counsel the students. Over the years, I’ve been called upon to talk to students following some tragic event such as the death of a student.

–Our church served as a shelter following Hurricane Katrina. We housed over 300 people in our family life center. This required organization and volunteers. I still have flashbacks of the people we helped. Could have been the most stress I’ve ever endured. Had to check my preaching professor from NOBTS into our shelter.

–In 2004, the day before Easter, my father-in-law died unexpectedly at the age of 60. Had to tell my wife. I preached the next day and a few days later conducted his funeral. The next year, the day before Easter, my dad died. I preached the next day, and conducted his funeral on the Tuesday. I did a funeral two days later for a church member’s father.

–Like many pastors, my vacations, holidays, and days off have been interrupted by church needs. I’ve done funerals on Thanksgiving Day, Christmas Eve, and 4th of July. One Wednesday, I did two funerals in the afternoon. The last was at 5:00pm. I preached the Wednesday night service at 6.
–I’ve done two funerals and one wedding on the same day. I’ve had to go to the home of a church member and tell the wife her husband was killed in an automobile accident. I’ve helped identify bodies. I’ve had to tell countless family members their loved ones have died. I have counseled a family about a sexual abuse situation concerning a father and his 12 year old daughter. Father was arrested. Have also helped young ladies who have been raped. Along those lines, have helped families deal with teenage pregnancies.

–During my first six months at my last church, my mother died. I preached her funeral and then preached the next Sunday. My staff accused me of grandstanding. My wife was so sick she couldn’t get off the couch and ultimately had to have surgery. My oldest daughter had an emergency appendectomy on Saturday. I preached the next day. My youngest daughter’s car basically blew up. And my new staff didn’t like the way I conducted staff meetings. Made for an interesting year. It never got better.

–I have had to say goodbye to friends as we have moved to other churches and I’ve conducted funerals not only for other family members, but real, real close friends. I have been in the room of many people and watched life leave them, including my own Dad. I’ve helped funeral directors load up lifeless bodies and stayed to minister to grieving families. I have also stayed at the hospital with a dead body countless times till the funeral director could get there. I haven’t even touched on church politics, and counseling sessions. They are too many to list. I’ve been called a dictator

visionless, son-of-a-bitch, and a bastard. Was told one day by a man who deals in lumber………..”You’re the strongest man I’ve ever know!” As Forrest Gump would say…..”I don’t know about that!”

So, if you have decided that your preacher is different from most folks, there is a good reason. And, may I say, give thanks that he is different. Those not called by God would never do this, could not take it, would not endure it, and would find it impossible to come out on the other side of such suffering still praising Jesus.

Pray for your pastor.