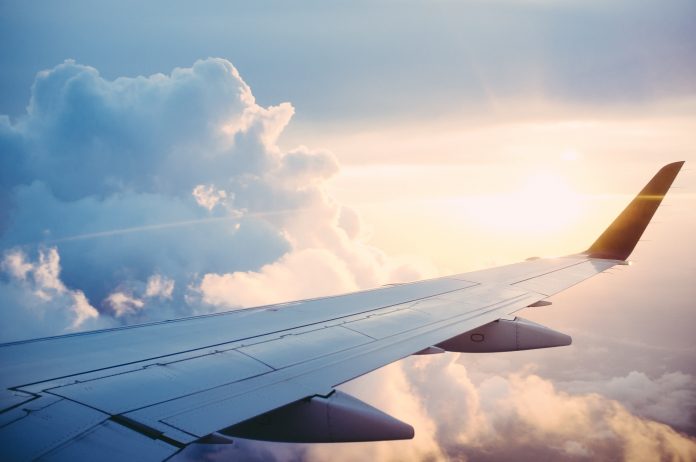 “This will be a completely full flight.” It was the announcement I had been dreading. While I consider myself an extrovert, once I’ve hit my interpersonal limit, I’m really done engaging with people. I had been on the road for a week and a half, and I was hoping to have at least one seat between the next passenger and me. Alas, that would not be the case. I pressed earbuds into my ears, pulled my sweatshirt hood up over my head, and leaned against the window of the airplane, pretending to sleep and fully intending to ignore whoever sat in the seat next to me.

That person’s name was Joe. I knew his name because immediately after sitting down, he started talking to me. It wasn’t a gentle, neighborly interruption. The tenuous peace I had created with headphones and hood was broken by an onslaught of requests and apologies: “Excuse me. I’m sorry but, hi there, hello, excuse me, sir, if you don’t mind, please, sir, excuse me, pardon me, I’m sorry, but . . .”

I pulled my hood off, removing one of my earbuds. “Hi. Can I help you?”

“Hi, Joe. I’m Justin.” I waited for a few moments to see if he’d pick the conversation up. He didn’t. “Joe, do you need something?”

“Yes!” he responded. “Can you help me with my seat belt?”

As I walked him through the process of buckling his seat belt, I noticed Joe was exhibiting many of the behaviors I see in friends living with autism. Later that day, after stepping off the plane in Oakland, I talked with Joe’s parents (from whom he’d been separated during the boarding process) and learned that Joe was in fact autistic. He’d also never been on a plane before. If you know someone living with autism, you understand that unfamiliar environments, protocols, and mechanisms can be confusing or intimidating for those sisters and brothers.

Joe thanked me as I reached for the earbud dangling out of my shirt and started lifting it toward my ear. His eyes widened as he watched my hand rise. “Uh . . . um . . . uh . . . um . . .” And then, with volume more appropriate for the discovery of lost keys, he shouted, “Wait! WHO’S YOUR FAVORITE BASEBALL TEAM?” Joe, it seemed, was not done talking with me. I dropped the earbud and told Joe that since I was born in Oakland, California, I was a fan of the Oakland Athletics.

The kind of booing generally heard from the third deck of a stadium during a particularly rough stretch of baseball. Ignoring the glances of those around us, Joe and I talked about baseball for a while, including what was wrong with the American League and why he liked the Chicago Cubs so much. Somehow our conversation morphed into talk of comics and superheroes and why the movies about them were always just a bit disappointing. All this while our plane was still parked at the gate.

After takeoff things quieted a tad between Joe and me. That is, until the steward came down the aisle with peanuts. I opened my two bags and quickly consumed the contents of both. Joe, on the other hand, sat struggling with his peanut bags. He pulled. He tugged. He shook and flapped and pulled and tugged again. And then he dropped both bags of peanuts into my lap. In Joe’s mind, it was my responsibility to open those bags of peanuts now. Why? Because I was the person sitting next to him, and that’s the way the world should work. Proximity should come with responsibility, and we should take responsibility for those near us with a sense of discovery and adventure.

As I said goodbye to Joe and his family at the airport, I hoped he would remain relentlessly committed to the way he saw the world and that his hopeful optimism wouldn’t be worn thin by disappointment. I hoped he’d keep expecting the people around him to live up to the best parts of themselves.

I thought about the ways I expected so little of the people around me and even of myself, to the point that generosity and kindness and charity felt like exceptions to the “rule” of selfishness and greed and isolationism. I recognized how I’d embraced a much sadder view of human behavior and relationship than I’d realized, one in which I expected people to hurt one another and cause damage.

But what if that wasn’t the case? What if I believed that neighborliness was a fundamental human reality and that variations from it were tragic departures? What if a vision of the world made right was at the center of my psychology? How would I live differently? How would I love differently? Maybe I’d quit far less often than I do. Maybe I’d give weary travelers the opportunity to live into their better selves.

I grabbed my bags and walked across the street to the shuttle that would take me to the airport parking lot. After I boarded the shuttle, I reached once again for my earbuds and then paused . . . and dropped them against my chest. Someone might sit next to me. Something good might happen. I didn’t want to miss it. In fact, I think I’d rather expect it.