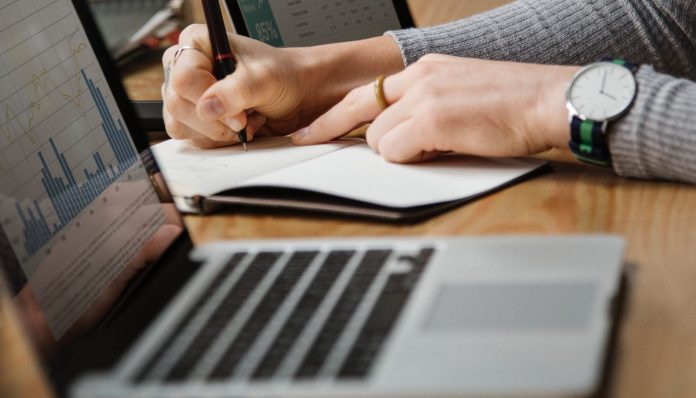 I have found that I’m a creature of habit. I love routine. I start most mornings the exact same. Coffee, Bible, Workout, Breakfast, Shower — usually in that order. I’ve used the same brand of shampoo and conditioner for ten years. I order the same thing when I go to Cheesecake Factory (despite the many options displayed on that menu). Routine means I’m in control. Routine has been my constant companion, the old friend I return to in nearly every season.

Unfortunately my desire to keep the same routines tends to encroach upon my desire to grow. Growth requires something many of us do not like. It requires us to embrace change. Why? Well very simply, growth always carries with it, change. Growing things (and people) will change. When you and I grow as people change will inevitably follow.

But I’m not sure I have a resistance to the type of change that occurs as a by-product of growth. I very much welcome that kind of change. It is easy to palate and usually exciting. Growth seems to bring about a natural momentum to our lives. When we find ourselves in growth seasons we tend to be a bit more eager to embrace the things that are transforming around us. We welcome the new relationships. We walk confidently into the the promotion or the raise. We enjoy new adventures and exploring new places. No it’s not that type of change that I find myself begrudging. It’s a much different type — the type that is required first in order for growth to be initiated in my life. That’s the type that makes me cringe. That’s the type I resist.

You see, growth not only brings about change, but change — and often painful change at that — can also be its own right a catalyst for growth. If I keep doing what I’ve always done, I’ll keep getting what I’ve always gotten. And if what I’ve always gotten is status quo, some type of uncomfortable or painful change will be required in order to kick-start new growth in my life. Sometimes I am brave enough to initiate it. But many times, God in His goodness, sees it necessary to shake me out of the rut I’ve found myself in and, Himself, be the initiator of some kind of change in my life. Drastic, unwelcome, and even excruciating change has now entered my life four times. Each time initiated by factors out of my control.

In 2003, during the Spring before my senior year of High School, my dad informed our family that we would be moving – changing cities, changing schools, changing churches, changing friends, and ultimately changing the entire trajectory of my life.

At the end of 2010 Amanda (my wife at the time) and I began to hear God’s call to leave my dream job at a fast-growing cutting edge church in South Carolina, in order to plant Resonate Church in Indianapolis. After praying for eight months against it, we finally decided to obey and we settled in Indianapolis at the end of 2011.

On November 10, 2015 my life and the life of our fifteen month old son were turned upside when I came back from the gym early that Tuesday morning to find Amanda struggling for life on our living room floor. She passed away in the hospital twenty-four hours later.

And at the end of 2018, God’s new call on our lives to step away from Resonate Church and pursue Nothing is Wasted as a full-time ministry became abundantly clear to Kristi (my new wife) and me.

All four of these were unwelcome change in my life. In all four of them, however, I can see God’s hand guiding me through each situation, teaching me more about myself and about His character, and using each situation to bring about tremendous growth to my inner life.

Combine all the factors that prevent me from growing into the person God desires me to be (and the person I truly desire to become) and they only comprise a fraction of the inhibitors to growth in my life. The truth is, my greatest inhibitor to change is my own inhibition to change. My counselor refers to this as The Resistance. Sounds very post-apocalyptic doesn’t it? She’s speaking to the idea we are creatures that develop patterns and ruts and routines and when change comes knocking at our door, it is met with great resistance. We like comfort. We like convenience. We like consistency. Change, however, requires that we step outside of all three, despite how unnerving that can be.

Last year as Weston’s fourth birthday approached, Kristi and I were busy compiling the handful of gifts we wanted to get him. As the day drew closer we realized we were missing that iconic staple birthday gift — you know the one from each birthday in your childhood that stands out in your memory bank above the rest. So I had the brilliant idea to run to Walmart and pick up a “big boy” bike with training wheels for the little guy. Up to this point he had been riding his red Radio Flyer tricycle we bought for him at a garage sale.
I loaded the new bike up in the car and toted it home. When I arrived I pulled it out and staged it just outside of our garage, ready for the big reveal. The handle bars gleamed in the afternoon sun. The Huffy racing stickers popped against the black frame. The plastic parts had that fresh-out-of-the-factory scent. This was going to be special!

We blindfolded Weston and escorted him outside to see his new bike — a portal to the greatest childhood adventures he would ever know. All I could think about were the many afternoons my friends and I would carve out the side of small hills to create bike ramps and the countless laps we’d take down the steep decline of our street, around the bend, and into the cul-de-sac at mach 6 speed, wind whipping through the air-holes in our helmets and smiles plastered on our faces. I was elated to introduce this part of life to my son.

“Ok, Weston. You can open your eyes!”

As soon he did he let out a boyish squeal and darted over to the bike. “A bike?!! What?!!”

Nothing brings you more joy than to see your children ecstatic over a gift you’ve given them. I imagine God feels the same way when He brings things into our lives. I can imagine the Father pulling his hands away from our eyes to reveal a change or transition in our life, and he’s waiting there with expectation hoping you see the same potential in this new vehicle that he does for you. I wonder if he feels a similar anticipation when he allows things into our lives that we don’t initially see or perceive as a gift. I know for me, some things God brings me are met with squeals of elation. But many other times, in misinterpreting the true nature of the “gift” He’s let into my life, I respond with The Resistance . . . much like Weston did not ten minutes later:

“You want to ride it now?” I anxiously asked him.

I grabbed his helmet, strapped it on him and helped him mount the bike. His eyes widened and his footing seemed unsure. His little frame wobbled a bit as he attempted to push the pedals turn over turn. Secretly I patted myself on the back for estimating the seat height perfectly and we were all set to start this new adventure. I did not foresee, however, what happened next.

It took him approximately 2 minutes of fumbling around with the pedals and not getting very far before he was completely disenfranchised by the new bike. “Daddy, I don’t want to ride it! I want my red tricycle!” He whined.

I was stunned. And disappointed.

“No buddy,” I pleaded. “Let’s try the new bike for a little bit longer. It’ll take you some practice but you’ll get used to it!”

Completely frustrated and a little hurt, I sheepishly wheeled the new bike back up the driveway and pulled the old red tricycle back out for him. He wiped the tears off his cheeks, hopped on it and spun up and down the street, a fraction of the speed he could have been going had he just embraced his new bike.

I wonder how many times we’re guilty of this. I know I can look back at transitions God has initiated in my life and recognize how much time and emotional energy I wasted kicking, screaming, complaining and throwing myself a pity party — relationships that entered and departed in my life, ministries I was a part of and then I wasn’t, schools I attended and then I left, cities I lived in and then moved from. It’s true, the red Radio Flyer is so comfortable. I know it’s mechanics. I can control it well. It is nostalgic to the touch, to sit on it, to take in its shimmering yet scratched red frame. But the truth is, its time is done. Its season is over. And to continue to ride it would stunt the growth the Father is trying to initiate in my life. To hang on to it with closed hands would make it impossible to receive the new thing God is trying to do in my life.

Please don’t misunderstand me. I’m in no way suggesting the previous seasons of our lives are less than, or sub par, or inferior to the next season. And I’m in no way suggesting we should “just get over” the past. The truth is for many of us those past seasons were remarkable. Truly delightful. To minimize the pain that ensues when you realize they are no longer nor can they be so, does you and I no good. In fact I believe it robs us of sweet communion with the Father — the kind of intimacy only felt when we truly lament and let go. And yet what made those seasons so sweet for me was my ability to live fully in them. To be truly and fully present. I know I’m often at jeopardy of missing out on making other meaningful memories in the next season because of my resistance to surrender the past to the Father and embrace the future he has prepared for me.

Hear me, friend, do not begrudge past seasons. Cherish them. Savor them. Remember them. Honor them. But, when it’s time, surrender them. This next season is packed with so much adventure and whimsy and memories to be made. I know you may feel awkward or clumsy or uncoordinated as you mount it, but soon I trust you’ll be cruising with the wind whipping between the air holes in your helmet. Soon you’ll be feeling the exhilaration of the Father’s gift — a gift called change.