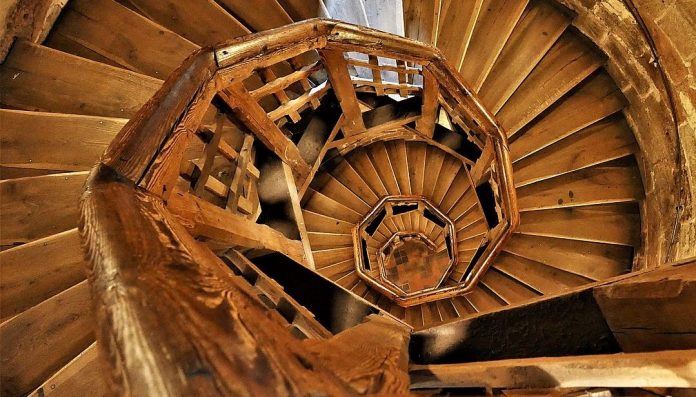 An aviation term called a death spiral describes what can happen to a plane in nighttime or poor flying conditions when a pilot loses his sense of the plane’s horizontal orientation. The plane can begin to spin uncontrollable. Unless the pilot pulls out, he can spiral out of control and crash. In ministry, leaders can often get caught in a similar downward spiral mentally, physically, emotionally, or relationally. When that happens, what can we do to pull out of it? The prophet Jonah illustrates what contributes to a downward spiral and what we must do to pull out of one.

In Jonah 4, Jonah finally relented and obeyed God’s call on his life to preach to the ancient city of Nineveh. The city then repented and turned to God. And yet, Jonah wasn’t happy. He spiraled downward. His response gives us clues to what can cause a downward spiral in ourselves.

What can cause a downward spiral?

1. Prolonged stress. Jonah had almost drowned, was stuck in the belly of a big fish for three days, traveled over a month to Nineveh, and had just finished a stressful and extended time of preaching. He was tired and near burnout. The same can happen to a leader after prolonged and intense ministry. Such stress can set the stage for the beginning of a downward spiral.

2. Self focus. In the original language in Jonah 4 he used ‘I’ and ‘my’ 9 times. After the people repented, which Jonah didn’t really want, he turned inward and felt justified for his intense anger at God. Turning inward facilities a downward spiral. When we turn deeply inward and ruminate and rehearse what we don’t like that is happening to us, it exacerbates a spiral.

3. Cutting off from others. After Jonah’s preaching, his anger drove him to cut himself off from the Ninevites and from God. He left the city in a huff instead of staying there to help the people understand more about God. Often when in a downward spiral, we pull away from the very people we need to be around.

4. Disproportionate emotions. Jonah got angry at God for not destroying the Ninevites yet was deliriously happy about a plant that provided him shade. Emotional responses that are out of proportion to what precipitated them often signal we are in a downward spiral, whether it’s being overly glad or overly angry about something insignificant.

5. Distorted thinking. Jonah was not thinking clearly based on his unhealthy response to God’s work in Nineveh. When in a downward spiral our negative emotions get amplified and clear thinking gets skewed.

6. Justifying bad behavior. When God questioned Jonah about his behavior, he justified it with a defensive attitude. When we’re well into a downward spiral, it’s easy to justify poor decisions.

1. Practice gratefulness. Jonah showed no gratefulness for God’s delivering him from death nor from God’s bringing repentance to the Ninevites. Gratefulness could have benefitted him in many ways as science is now revealing.

2. Become other focused. It would have behooved Jonah to be joyful over what God did in Nineveh rather than turning his eyes on his anger and disappointment.

3. Ask yourself well-placed questions. God asked Jonah three questions, not because God didn’t know the answers. Rather, He asked Jonah the questions to prompt him toward healthy introspection. Unfortunately, Jonah never looked inside but simply reacted and fed his downward spiral.

4. Get into community. When we pull away from others, it contributes to a downward spiral because we can lose perspective in our own negative thought stream. However, when we are with others who care about us, they can give us fresh perspective and help us when we really need it. In fact, when we associate with others who care about us, our brain releases oxytocin which bonds us to them and makes us feel better.

5. Do something constructive. For Jonah, the best thing for him would have been to go back into the city to minister to these newly changed people. To pull out of a downward spiral, brain studies show that simply making a decision can dampen our negative emotional centers and help us think more clearly.

6. Rest. One of the best ways to pull of out a spiral is to simply slow down, rest, and take care of ourselves. Jesus reminded us of this in Mark 6.31. Then, because so many people were coming and going that they did not even have a chance to eat, he said to them, “Come with me by yourselves to a quiet place and get some rest.”

Have you ever been in a downward spiral? What has helped you pull out?

4 Succession Styles Depending on Church Culture

Ordinary Christian, You Have an Extraordinary Mission

How to Become a Disciplined Leader

How to Have Something Before You See It

The Danger of Diversity

When Church Members Insist on Their Rights

Church Ministries Significant Church Network - May 11, 2021 0
When building a team or developing a leader, one of the essential aspects of leadership that must be tackled is character. Character is not...

Leadership Carey Nieuwhof - May 10, 2021 0
So you’re leading through change. Who isn’t these days? Change is more important than ever because the world is changing faster than ever. Here’s the challenge....