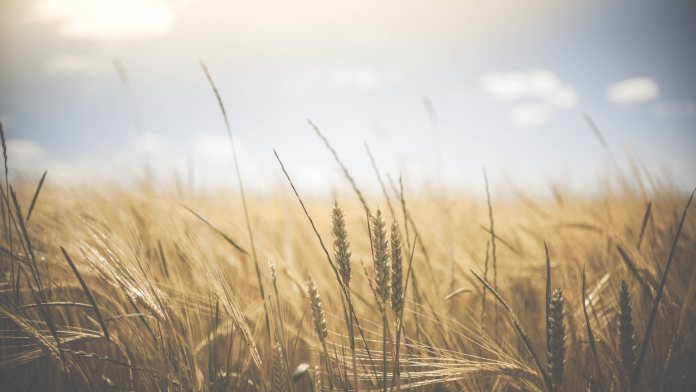 Due to a famine, Naomi and her husband left Bethlehem and journeyed to the land of Moab. While there, Naomi’s husband died, and later her two sons died. Grieving the loss of her family, and upon hearing the news that the famine was now over in Bethlehem, Naomi made the decision to return home. As she attempted to say goodbye to both her daughters-in-law, Orpah made the decision to stay with her family, but Ruth was determined to follow Naomi, leaving behind all she had ever known. After Naomi recognized Ruth’s determination, they both set out for Bethlehem.

Naomi and Ruth returned to Bethlehem during Barley Harvest. Realizing the need for food, Ruth made a request of her mother-in-law. Yet unbeknownst to Ruth, God had a bigger plan in her request than she ever could have fathomed.

Ruth 2:2-3: And Ruth the Moabitess said to Naomi, “Please let me go to the field and glean among the ears of grain after one in whose sight I may find favor.” And she said to her, “Go, my daughter.” So she departed and went and gleaned in the field after the reapers; and she happened to come to the portion of the field belonging to Boaz, who was of the family of Elimelech.

Of all the fields Ruth could have come to, she came to a portion of the field in which God had specifically ordained her to be. “So she departed and went and gleaned in the field after the reapers; and she happened to come to the portion of the field belonging to Boaz, who was of the family of Elimelech” (Ruth 2:3). Amid this field, Ruth received both provision and protection. In addition, a God-ordained meeting occurred—one which she was ushered into and through which God’s plan would unfold.

Ruth’s arrival to the field caught the attention of Boaz, thus prompting him to ask, “Whose young woman is this?” As Boaz learned of Ruth’s loyalty to her mother-in-law, and of her departure from her own family, he was captivated by her character, impressed by her work ethic, and inspired to help. Further, he was prompted to protect her by encouraging her not to go to another field.

Ruth 2:8-12: Then Boaz said to Ruth, “Listen carefully, my daughter. Do not go to glean in another field; furthermore, do not go on from this one, but stay here with my maids. Let your eyes be on the field which they reap, and go after them. Indeed, I have commanded the servants not to touch you. When you are thirsty, go to the water jars and drink from what the servants draw.” Then she fell on her face, bowing to the ground and said to him, “Why have I found favor in your sight that you should take notice of me, since I am a foreigner?” Boaz replied to her, “All that you have done for your mother-in-law after the death of your husband has been fully reported to me, and how you left your father and your mother and the land of your birth, and came to a people that you did not previously know.May the Lord reward your work, and your wages be full from the Lord, the God of Israel, under whose wings you have come to seek refuge.”

Through God’s gracious leading, Boaz extended his kindness to Ruth by giving her food, and by providing extra grain for her to take home to her mother-in-law. Yet, his kindness was also extended by his willingness to protect her and by encouraging her to stay in the field with his reapers. When Ruth returned home, Naomi was so moved by what had taken place, and she was blessed to have food as well. She posed a question to Ruth, then encouraged her not to leave the field to which she had come.

Ruth 2:19-23: Her mother-in-law then said to her, “Where did you glean today and where did you work? May he who took notice of you be blessed.” So she told her mother-in-law with whom she had worked and said, “The name of the man with whom I worked today is Boaz.” Naomi said to her daughter-in-law, “May he be blessed of the Lord who has not withdrawn his kindness to the living and to the dead.” Again Naomi said to her, “The man is our relative, he is one of our closest relatives.” Then Ruth the Moabitess said, “Furthermore, he said to me, ‘You should stay close to my servants until they have finished all my harvest.’” Naomi said to Ruth, her daughter-in-law, “It is good, my daughter, that you go out with his maids, so that others do not fall upon you in another field.” So she stayed close by the maids of Boaz in order to glean until the end of the barley harvest and the wheat harvest. And she lived with her mother-in-law.

God’s plans for both Ruth and Naomi exceeded their own expectations. As they had previously walked in despair due to their devastating losses, they one day found themselves walking in hope, due to God’s faithfulness.Tweet

So often amid pain, it is difficult to envision any good that can come out of it. While Ruth saw the loss, God saw the redemption. While Naomi perceived God’s hand as being against her, God knew His hand was for her. While Ruth and Naomi feared provision, God saw a portion of a field awaiting Ruth’s entrance, where not only provision would be waiting, but where a plan would be carried out—a plan involving a marriage, a child, a lineage, and a redeemer. God always sees the bigger picture. He sees what we cannot.

Ruth 4:13-17: So Boaz took Ruth, and she became his wife, and he went in to her. And the Lord enabled her to conceive, and she gave birth to a son. Then the women said to Naomi, “Blessed is the Lord who has not left you without a redeemer today, and may his name become famous in Israel. May he also be to you a restorer of life and a sustainer of your old age; for your daughter-in-law, who loves you and is better to you than seven sons, has given birth to him.” Then Naomi took the child and laid him in her lap, and became his nurse. The neighbor women gave him a name, saying, “A son has been born to Naomi!” So they named him Obed. He is the father of Jesse, the father of David.

God wants you in a portion of a field. Are you in it? If so, cease from gazing at another field. For where God has you, is where He will provide for you, protect you, comfort you, and unfold His plan for you. Do not lose hope—God sees you and is working even now on your behalf. Stay in the field. Now to Him who is able to do far more abundantly beyond all that we ask or think, according to the power that works within us, to Him be the glory in the church and in Christ Jesus to all generations forever and ever. Amen (Ephesians 3:20-21).