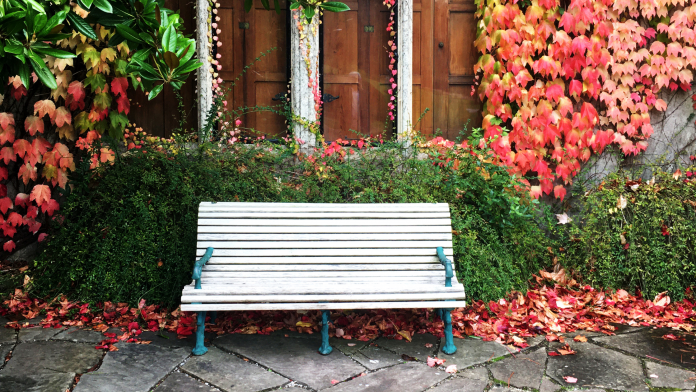 After numerous years in college and seminary, the date was set for me to give my defense for my doctoral studies—the last and final step of my seminary degree. As I walked into the room where I would be meeting with my professors, I took my seat on the right side of a long, large table.

As I sat quietly awaiting the arrival of my professors, I began to reminisce on a prior semester in which one of my classes was held in that very classroom. During that particular semester, I always took my seat on the left side of the table; yet, on this day, I was seated on the opposite side.

As I looked over at the seat I had once occupied, a thought came to my mind in the form of a question: “When you were sitting over there—Did you ever think you would be sitting here?” As I reflected over the notion, I was immediately overwhelmed with thanksgiving to the Lord for His faithfulness in where He had brought me, all for His glory and Kingdom work. However, such basking was quickly disrupted as my focus was about to be redirected. Suddenly, a wooden chair in the corner of the large room caught my attention, causing yet another recollection to evolve.

Prior seasons had brought individuals who tried hard to “pick my seats.”    Tweet

As I glared at the chair in the corner, which appeared restricted, I remembered seasons where various individuals tried hard “to pick the seats” they desired me to occupy in order to restrict my usefulness and my moving forward to the great things God had awaiting for me. Numerous chairs sat in sundry corners—But then, Jesus!

In case someone today finds themselves in a similar situation, I wish to share a particular memory with no ill-intent, but rather to convey numerous lessons I learned from such an encounter.

I recall the time in my early thirties when I walked into a restaurant in which a man was seated at a table with two other gentlemen. As I turned the corner to take my seat at another table, the man went to great lengths to make sure I heard his loud boisterous remark pointing to the type of student I had once been. To say the least, his comment was perceived as being unkind. As the laughter roared, I continued moving toward my table where I pulled out a chair and sat down in utter humiliation. Yet, little did I know then that years later I would find myself sitting at yet another table, embracing a blessing I never could have envisioned.

Due to unbelief, jealousies, and so forth, some individuals in our lives may attempt to “seat us” in particular chairs in which they feel we belong. Yet, when this happens, remember the following truths: (1) God will use those moments to grow us, to make us more like Jesus. He will use those periods to teach us invaluable lessons. We must be good students, not pouty ones. Learn well! (2) We must let such moments encourage rather than derail us. We may have our feelings hurt, or even be embarrassed, but let us allow God to heal and grow us through the hurts. Never let anyone set you down! Rise Up to what God is calling you to do! (3) It is God’s will that will prevail—not the will of man. Others’ unbelief in us will never stop God’s will for us. Onward! (4) Do not grow bitter toward others. Again, God uses everything we go through to help mold and shape us to be more like His Son. Pray—Forgive—Love. Allow God’s truth to lead you and keep moving! (5) Let God seat you—not man. Never give power to people to determine your future. Who God calls and how He wills to use them is His business alone. Embrace your calling! Allow God to pull out the chair He desires for you to occupy.

Remember, do not be discouraged when people do not recognize what God has placed in you. What if I had allowed the thoughts of that individual to determine my future education?

On that humiliating day in the restaurant, I pulled out a chair and sat down with my back toward those men. However, years later, God pulled out another chair at another table in which a doctoral student was to be seated. Let God seat you!

Where you are sitting today may not be where you will be sitting tomorrow!Tweet

If you are still living, God is not finished with you. Where you find yourself sitting today may not be where you find yourself sitting tomorrow. Allow God to have His perfect will and way in your life so that you will reach your destiny. Never give up on your dreams. Never give up on a God who wants to do more in your life than you could ever dream or imagine.

“Now to Him who is able to do far more abundantly beyond all that we ask or think, according to the power that works within us, to Him be the glory in the church and in Christ Jesus to all generations forever and ever. Amen” (Ephesians 3:20-21).

I will always be thankful for the day I sat at that table at Southwestern Baptist Theological Seminary and heard those two professors state, “You passed your defense.” Yet, to be honest, I am even more grateful for the process I went through to get there, including the day at the restaurant.

Remember, God uses everything for His glory and Kingdom-building—even a small-town country girl who never envisioned herself as a doctoral student, and who, at one time, thought the sidelines of life was where she belonged.  B.U.T.  T.H.E.N.  J.E.S.U.S.!